No one knows boost better than Turbosmart, which makes their world first Smart Port BOV for Ford’s 2013 - 2014 3.5L Ecoboost F150 all the more exciting.

Stock blow-off valves like those that come standard with the F150 often suffer from a range of problems.  The plastic construction can lead to cracking and leaking, and if you want to up the power (who doesn't?) they can have trouble holding the extra boost. 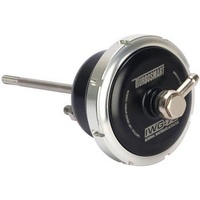