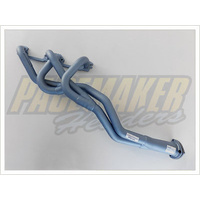 For over a quarter of a century, Pacemaker has been innovating, designing and manufacturing some of the highest quality exhaust headers in Australia.
Pacemaker headers have Precision Laser cut and machined thick flanges to eliminate leaking and warpage and are jig welded for guaranteed fitment.
Pacemaker uses turbulence eliminating 'Pipe Over Cone™' technology which not only dramatically improves flow through the exhaust but, combined with shot peen blasting, also helps to lengthen the life of the product.
Pacemaker headers are finished in a bright and attractive, specially developed blue heat proof (to 1270 degrees) coating and come with a 2 year road use warranty (excluding LPG vehicles). 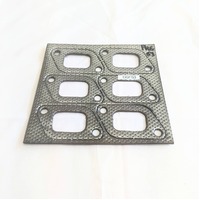